Here’s the poorly thing, but it fills a hole in my Hampden/Deuber collection, a Hampden 18s railway model from 1891, a hard to find sidewinder from this company. These watches were the boys back in the day, the height of technology.
This one I feel is pretty well as it should be, with the goth dial, train track seconds margin, matching goth movement, although I think the case “may” be original to this watch as I believe this type of case was also produced in the late 1800’s – 1920s ? It has a nice passenger train engraved, faintly, on the reverse.

Hampden sidewinders/hunting movements are difficult to find because after the “accident” they were not considered in the new regulations as railway pieces. So I’m sure that the majority of them were just scrapped or forgotten and discarded, much as we do today with our old mobile phones, video games, 8 tracks 😆
I’m sure those guys never considered that 120 years+ later that their obsolete watches would become collector items. 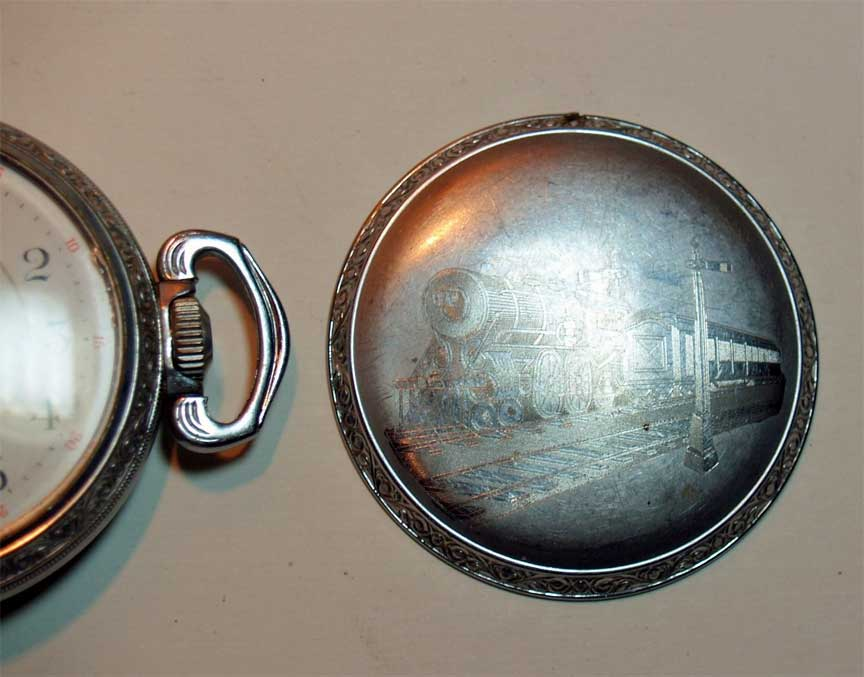 chris mabbottReply To: A Good Day