As it goes so far… I wanted to show this part, although progress has surpassed this point, just that photos haven’t caught up yet because I’m being a lazy so & so 😆

Anyhow, I read on the forum associated with this line of mills, under whatever name they’re sold by, I basically think that they’re all the same construction.. One of the items that kinda worried me was a few comments regarding the motor not starting, suddenly slowing down, or the electronic controls giving up the ghost..

One thing that MAY have caused this is what I found in the head wiring. There is a wiper type sensor mounted under the feed hand wheel. This small cable, originally, was sitting on the feed gear, it had no choice, due to the way it was fed through to the sensor.
Because of the lack of thick material, no room to drill anyway, I couldn’t add a proper cable clip. So…. I used some liquid steel, the kind used on exhaust system repair, this stuff does cure like steel and can be ground.
So my own personal answer was to simply mount a small nut to the inside of the fine feed housing and run the cable through it, this altered the wires course so it doesn’t rub on the gear.. 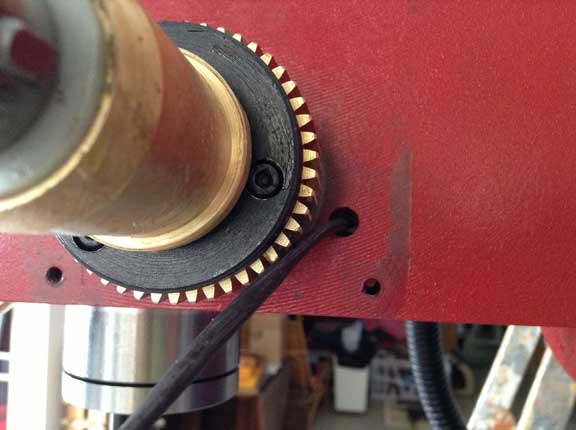 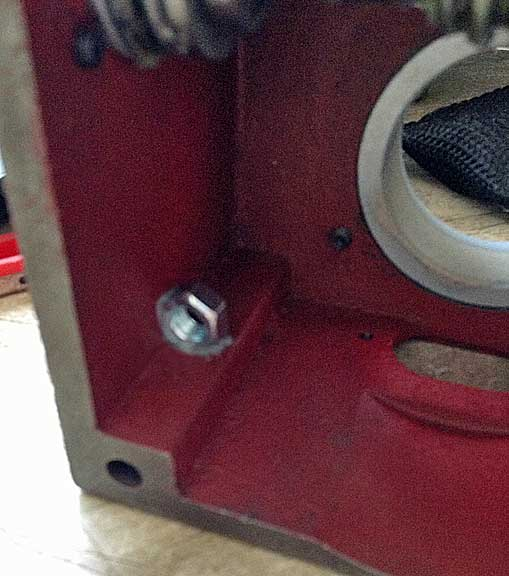