Today, I worked on my cuckoo clock some more and did get it re-assembled. I’m going to need to study the rack and snail assembly some more so I can see where the warning stops need to set. I have 4 spring clamps left over ❗ ❗ 😆 😆 🙄 🙄 I was not able to pull the center arbor, so I just cleaned the pinion gear and tried cleaning the pivots the best I could. The clock was fairly dirty from sitting. I will have to buy the weights, the pendulum and clock hands, and it should be ready to go when I can get those.

I know some of the spring clamps goes on the 2 bellow’s pivots and on the chime arm and one goes on the secondary gear in the time train… the rack and snail posts should have a spring clamp too, but there’s no groove for the clamp, so I still have the 4 spring clamps that go somewhere 🙄 🙄 I’ll probably wait now until I can get me a cuckoo repair book…hopefully soon

Here’s a few close-up pics I took a couple of weeks ago before I dis-assembled the movement. 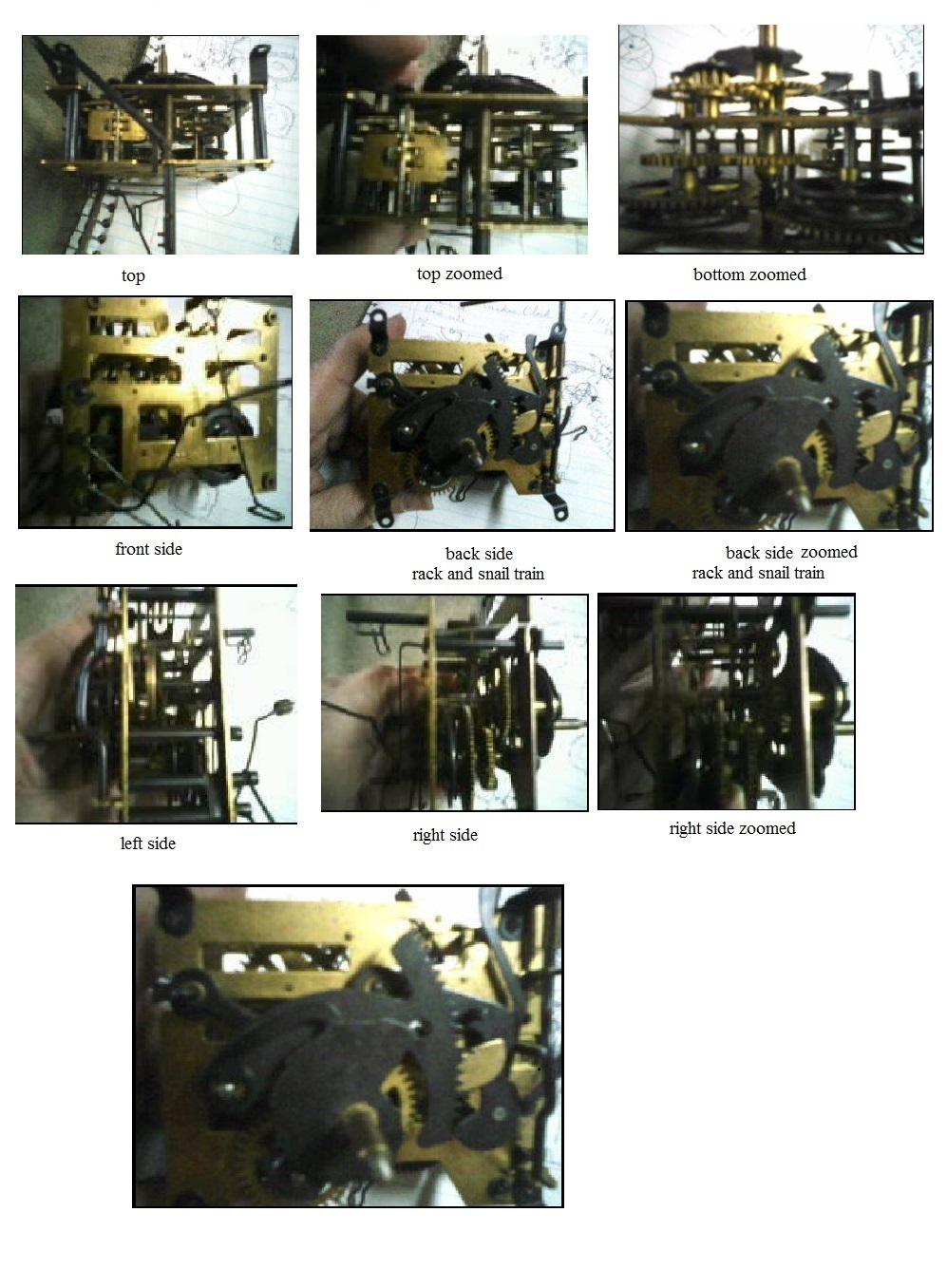 Here’s some pics of the gear positioning before I put on the top plate and the other posts and bellow pivots. I do have the rack and snail assembled also but it is out of time. I’ll have re-do it later.