Mahlon, it turns out this is 89E, but the pic you showed me matches it, so I can go by the pic to put the gears in the right place.

Here’s more pics of the entire movement before re-assembly. I figure on needing to purchase at least the time spring. It was the one wound tight which kept the clock from working (of course! :roll:)

I probably won’t re-assemble until I can get the mainspring and winder in about a week. 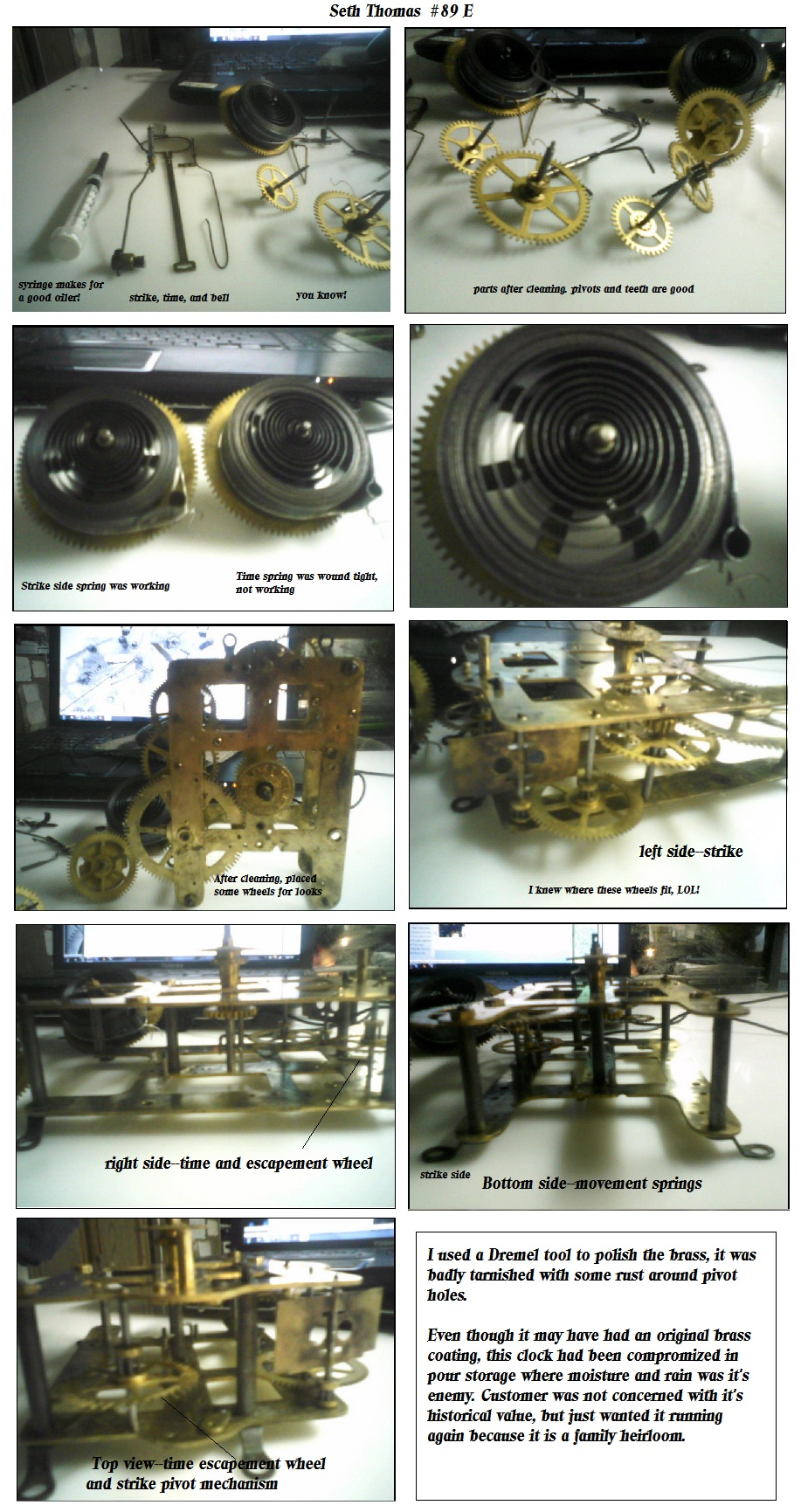