All pivots were cleaned burnished and polished and gears polished. The teeth on the escape wheel had to be lightly polished up as they were scored by something. The lever had rust and had to be filed and sanded, then mirror polished, best I could with pitting.
I also filed down the damaged part where the MS arbor fits, this acts as a spacer to prevent rubbing on the plate, a wear surface I guess. The mesh with the main gear was not significant so I wasn’t overly concerned as some material remains. I also had to smooth ream out that pivot hole and the hairspring stud hole in the cock, polish all the screws, straighten the bent minute/second hand and re-blue the ends.

The winding stem was so rusted that it wouldn’t act. This had to be removed, filed and sanded down and then re-polished.
Parts of the case had brassing, these spots were sanded smooth to match the non worn parts, then re-polished. The old mainspring was dry but still had loads of tension to it, this was cleaned, greased and replaced and works fine.

I allowed the uncased movement to run for 24 hours then I cased it, attached the hardware and It has been running now for 6 hours and is keeping perfect time, really 😆 I love it when this happens..
Now it looks great, the demaskeening is truly amazing, beautiful, I call it Harlequin, due to the pattern. As you move it in the light it gives a 3D effect and seems to move, it has depth, very cool and pretty..

The following are pure vanity shots 😆 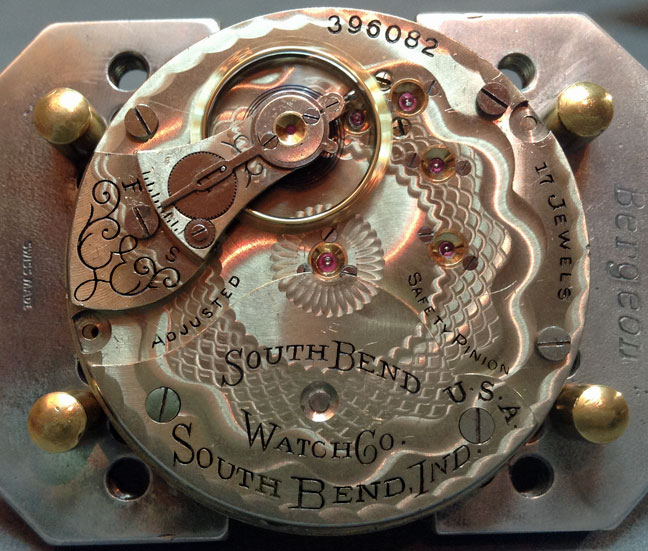 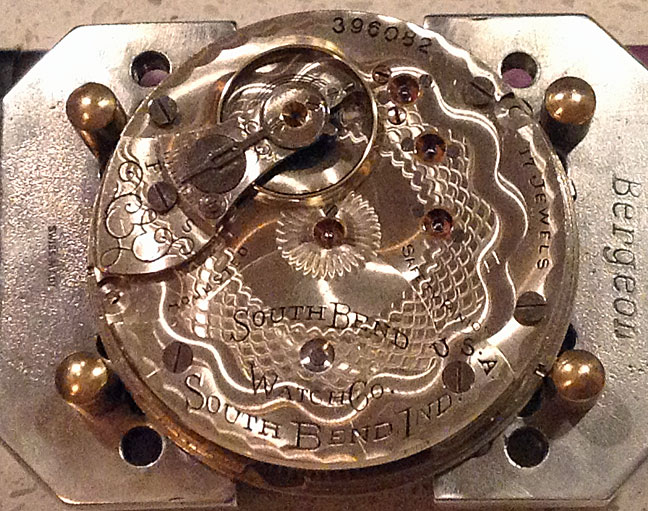